Live Seafood is a true family business, where the trade of fisherman is passed on from father to son. The current generation, the Keuter brothers, have been fishing all their lives. Father Keuter worked at the company up to a very advanced age (90 years!).

Originally, the Keuter family's company was an authentic IJsselmeer fishing company. But for various reasons the Keuter brothers were confronted with the fact that it was becoming increasingly difficult to operate their fishery from the IJsselmeer. It was time to change course and the Keuter family decided to expand. New fishing methods were introduced: cast net fishing for sole on the North Sea and eel and Chinese mitten crab fishing on the Lauwersmeer. Finned fish are still being caught on the IJsselmeer.

However, the cast net fishing came under pressure due to low sole prices, after which the brothers once again decided to invest in a new form of fishing: fishing for brown crab using cages. The Keuter family, along with another fishing company, can claim to be the only crab fishers in the Netherlands.

Since 2015, the family have been selling the catch themselves through the company Live Seafood BV. 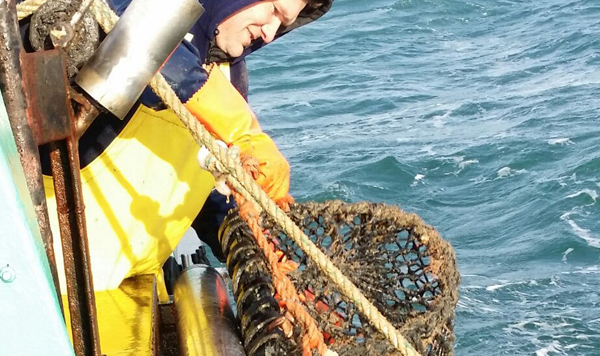 Live Seafood even delivers our own caught brown crab, Chinese mitten crab and eel. But, you can also contact us for (Canadian) lobster, mussels, oysters, scampi, etc. We are flexible in our terms of delivery, so feel free to contact us!